This is the first video in a new Traditores feature, the Traitorous Music Video of the Week. They will not necessarily all be Christian (e.g. “Happy Birthday” by Flipsyde is not), but they will always be thought provoking, great music, or both.

In this case, a talented rapper realizes that an abortion he paid for was a huge mistake and he calls it what it is. As sad as the subject and his error are, this song brings out a positive “redemption” feel to me.

Any suggestions for the Traitorous Music Video of the Week? Please contact us. 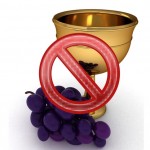 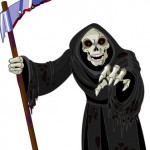 Scanning through various sites, I ran into two polar articles. First, a church stands for life:

Second, a country stands for death:

"Number of Dutch killed by euthanasia rises by 13 per cent"

I disagree with the Catholic Church in major doctrinal ways, but kudos to them for consistency (and recognizing nominal believers shouldn't be treated as believers):

The cardinal also said that Mrs. Pelosi is a perfect example of Catholics who separate their faith from day-to-day living.

"This is a prime example of what Blessed John Paul II referred to as the situation of Catholics who have divorced their faith from their public life and therefore are not serving their brothers and sisters in the way that they must — in safeguarding and promoting the life of the innocent and defenseless unborn, in safeguarding and promoting the integrity of marriage and the family," he said.

As for the Netherlands…they should hang your head in shame:

One explanation for the steep rise of Dutch cases is the introduction last year of mobile euthanasia units allowing patients to be killed by volunatry lethal injection when family doctors refused.

4,188 people who, for all intents and purposes, were encouraged by the government to kill themselves. 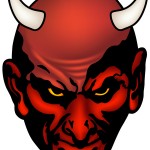 You know that you have gone too far when the Church of Satan disavows your actions:

"Church of Satan distances itself from pro-abortion activists chanting 'Hail Satan!' Turns out Satan is prolife"

Reality is, a spirit that would encourage someone to fight for abortions beyond 20 weeks (or, in my opinion, at any point in a pregnancy) is the same spirit that leads the Church of Satan. Still ironic the latter doesn't want to be tarnished by the former…