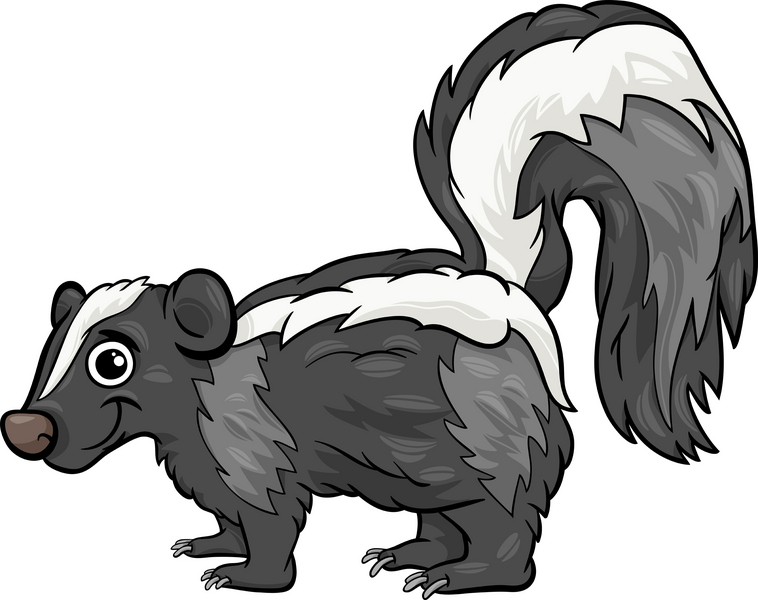 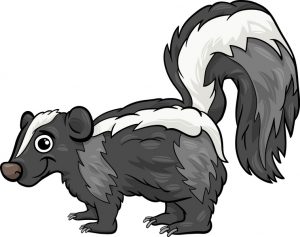 A Tent and a Skunk

Many years ago I was sharing a tent with someone…who will remain nameless to protect the guilty :-)…and outside on the campground we heard an animal making noise. I cannot remember exactly what the noise was from, but perhaps the varmint ferreting about in trash.

So we peer out of the tent, and you know what it was…?

Now, that’s a whole lot less dangerous than a bear, but still not something you want to mess with, so we agreed we’d both slowly exit the tent and walk…again slowly…together away from the noxious critter.

So, we edge out the door, stand up…and the nameless person sprints away!

Someone You Can Depend On

As the future would prove in other respects, that individual was not someone I could depend on. I didn’t get sprayed by the nefarious skunk that night, but I probably should have divined a bit more from the tent incident than I did.

However, instead of thinking of people like that, do you know (or have you ever known) someone you can (or could) always depend on. That never fails you (or never failed you)? The one person you would want beside you in a foxhole?

Who is he or she?

Today we are going discuss the ultimate person you can depend on. The punchline won’t be a surprise to Christians…but maybe, together, we can learn more and increase our trust.

He Will Never Forsake You

Let’s start our journey of learning today with Hebrews 13:5-6:

5 Keep your life free from love of money, and be content with what you have, for he has said, “I will never leave you nor forsake you.” 6 So we can confidently say,

“The Lord is my helper;

I will not fear;

Unlike my tent companion, will God ever bail out on you?

No. He is trustworthy and if He says, “I will never leave you nor forsake you”…

He’ll never leave your nor forsake you.

But one Scripture is not enough to support a doctrine…so let’s at least try to add another by turning to Psalm 37:23-25:

23  The steps of a man are established by the LORD,

when he delights in his way;

24  though he fall, he shall not be cast headlong,

for the LORD upholds his hand.

yet I have not seen the righteous forsaken

or his children begging for bread.

The Lord will uphold our hands…and will not forsake the righteous.

However, when I read those verses it hit me that, around the world, there probably are quite a few Christian children begging for bread. Does that mean they are forsaken after all? That the Lord doesn’t have our backs covered?

7 But we have this treasure in jars of clay, to show that the surpassing power belongs to God and not to us. 8 We are afflicted in every way, but not crushed; perplexed, but not driven to despair; 9 persecuted, but not forsaken; struck down, but not destroyed; 10 always carrying in the body the death of Jesus, so that the life of Jesus may also be manifested in our bodies.

Paul clearly was a man of God…and Paul clearly had a lot of bad things happen to him…many far worse than being hungry.

Yet even he says he was not forsaken.

Two things about children begging for bread. First, poetry…and Psalms is poetry…poetry often uses hyperbole to communicate a point. Second, the Old Covenant was more quid pro quo than our New Covenant…if the Israelites had followed God wholeheartedly, then there would have been no hunger, no war, and so on.

So, there are a couple of legitimate explanations for why we can trust that God will never forsake us…even though we do see Christian children without food.

The issue with forsaking is always on our side…we leave God, He does not leave us.

Still not convinced? Let’s look at two of my other favorite biblical references in this regard:

25 Jesus answered them, “I told you, and you do not believe. The works that I do in my Father’s name bear witness about me, 26 but you do not believe because you are not among my sheep. 27 My sheep hear my voice, and I know them, and they follow me. 28 I give them eternal life, and they will never perish, and no one will snatch them out of my hand. 29 My Father, who has given them to me, is greater than all, and no one is able to snatch them out of the Father’s hand. 30 I and the Father are one” (John 10:25-30).

35 Who shall separate us from the love of Christ? Shall tribulation, or distress, or persecution, or famine, or nakedness, or danger, or sword? 36 As it is written,

“For your sake we are being killed all the day long;

we are regarded as sheep to be slaughtered.”

37 No, in all these things we are more than conquerors through him who loved us. 38 For I am sure that neither death nor life, nor angels nor rulers, nor things present nor things to come, nor powers, 39 nor height nor depth, nor anything else in all creation, will be able to separate us from the love of God in Christ Jesus our Lord (Romans 8:35—39).

Who can snatch you out of Jesus’ hand?

What can separate you from the love of Christ?

Nothing can separate you from the love of God in Christ Jesus your Lord.

Who has got your back?!

Who is the best example of how to act Christlike?

45 Now from the sixth hour there was darkness over all the land until the ninth hour. 46 And about the ninth hour Jesus cried out with a loud voice, saying, “Eli, Eli, lema sabachthani?” that is, “My God, my God, why have you forsaken me?” (Matthew 27:45-46).

Wait a minute! Jesus says He was forsaken! If God the Father forsook Him, how can we trust we won’t be jettisoned? We deserve it!

As we discussed in the adult Bible study last week, to fully understand what Jesus was saying, we have to know He was quoting Psalm 22, which starts off with:

Why are you so far from saving me, from the words of my groaning?

And Psalm 22 continues with more verses about feeling alone…but it doesn’t stay in that mode. For instance, verses 22-24 say:

I will tell of your name to my brothers;

in the midst of the congregation I will praise you:

You who fear the LORD, praise him!

All you offspring of Jacob, glorify him,

and stand in awe of him, all you offspring of Israel!

For he has not despised or abhorred

and he has not hidden his face from him,

God does hear. In the end God will not hide His face from you.

God the Father did have Jesus’ back and three days later the tomb was empty.

And because God treated Jesus as sin on the cross…we are now tied to Jesus’ fate:

20 But in fact Christ has been raised from the dead, the firstfruits of those who have fallen asleep. 21 For as by a man came death, by a man has come also the resurrection of the dead. 22 For as in Adam all die, so also in Christ shall all be made alive. 23 But each in his own order: Christ the firstfruits, then at his coming those who belong to Christ. 24 Then comes the end, when he delivers the kingdom to God the Father after destroying every rule and every authority and power. 25 For he must reign until he has put all his enemies under his feet. 26 The last enemy to be destroyed is death (1 Corinthians 15:20-26, emphasis mine).

Since Christ was raised…we will be raised.

God had Jesus’ back.

God has your back.

God raised Jesus from the grave.

God will raise you from your grave.

No matter how hard life is now.

No matter how hard life will be in the future.

God is always there. He may not deliver you from something horrible in this life.

But He will deliver you from death.

He’s got your back.