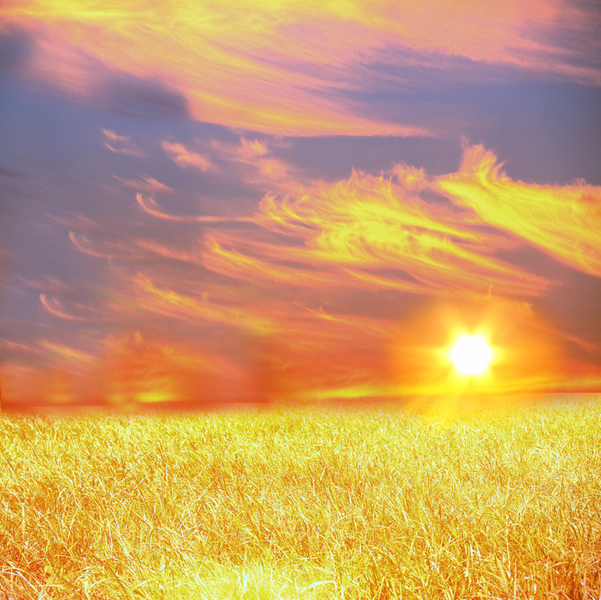 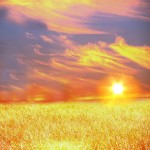 We are in the final day of Home & Harvest Festival here in Antrim…and it seemed appropriate that today’s sermon’s topic sprout from that. For whatever reason, “home” never seemed like the obvious choice–“harvest” did. I suppose that makes sense; for instance, the t-shirts Rick had printed up don’t have a picture of of a home on them, do they? Nope…it’s a combination of a skateboarder in the center and wheat on the side (and some veggies on the bottom). (For those listening to or reading this sermon at a distance, we have a sanctioned skateboarding competition over the weekend…thus the skateboarder.)

So, harvest it is! What comes to your mind when you think of “harvest?” A lot of it depends on how we’ve grown up and where we have lived–for all I know some of you have actually been farmers. For me, it reminds me of Tenney Farm…site of last night’s great fireworks (which I could hear 5 miles away–Dad had Augie duty and mom attended with Gerry)…and of Eric Tenney…one of my favorite people in our small town and the epitome, for me, of a New England farmer. Well, he doesn’t have an thick “ay-yuh” accent though. ☺

(Luckily my picture of a farmer hasn’t been tainted by a recent YouTube video Michelle and I saw of a farmer stripping and jumping into a hay bailer to get a rather unique…and I assume very itchy…set of duds. No…the video isn’t graphic. ☺)

For many of us, “harvest” isn’t very meaningful from a “it impacts my life sense”…we don’t have to watch the weather, spend long hours in the field, or think about when frost is coming. Instead, our “harvest” is the fruit and vegetable aisle at Antrim Market or Shaw’s–with ships and trucks allowing us to enjoy our favorite healthy snacks when we have a foot of snow outside on the ground.

However, in biblical times everyone’s welfare was tied to a successful local harvest. For instance, can you imagine how biblical history would be different if God hadn’t given Pharaoh dreams and Joseph wisdom so that they filled storehouses prior to a 7-year famine? Genesis records, “Moreover, all the earth came to Egypt to Joseph to buy grain, because the famine was severe over all the earth” (Genesis 41:57). No harvest meant starvation…all the money in the world couldn’t buy non-existent food…and there was no Red Cross, UN, or U.S. to airlift it in.

So, when the Bible speaks of harvest, it was very, very meaningful to the original recipients of our Lord’s words…and the English Standard Version uses the word 78 times in 67 verses. Looking at the first and last time it is found we get an interesting dichotomy…

First is just after the flood:

20 Then Noah built an altar to the LORD and took some of every clean animal and some of every clean bird and offered burnt offerings on the altar. 21 And when the LORD smelled the pleasing aroma, the LORD said in his heart, “I will never again curse the ground because of man, for the intention of man’s heart is evil from his youth. Neither will I ever again strike down every living creature as I have done. 22 While the earth remains, seedtime and harvest, cold and heat, summer and winter, day and night, shall not cease” (Genesis 8:20-22).

When we think of promises after the flood, what comes to mind? Generally the rainbow, right? It makes sense–that is a beautiful and majestic reminder that He’ll never flood the world again…but you can see from the quote above that even before that sign of assurance God promised “seedtime and harvest” would continue as long as “the earth remains.”

The first time “harvest” (as a word) shows up in Scripture is in a positive promise.

What about the last one?:

17 Then another angel came out of the temple in heaven, and he too had a sharp sickle. 18 And another angel came out from the altar, the angel who has authority over the fire, and he called with a loud voice to the one who had the sharp sickle, “Put in your sickle and gather the clusters from the vine of the earth, for its grapes are ripe.” 19 So the angel swung his sickle across the earth and gathered the grape harvest of the earth and threw it into the great winepress of the wrath of God. 20 And the winepress was trodden outside the city, and blood flowed from the winepress, as high as a horse’s bridle, for 1,600 stadia (Revelation 14:17-20).

Which one did you like more? The first reference or the last?

I’m assuming the first…a positive promise…instead of the last…which is a harvest that ends up in “the great winepress of the wrath of God.” Well, technically they are both promises…one that shows God’s caring and another that shows God’s justice.

The Most Important Harvest

There are many different paths this talk could take at this point. For example, we could review the three feasts all Jewish males were supposed to go to the temple…because two of the three were related to harvests…and one of them has special meaning to a New Testament based church…the Feast of Harvest, also know as the Feast of Weeks…has another name…do you know what it is?

Pentecost…the firstfruits on the church age…

Instead of heading that direction, let’s, 2000 years later, join others sitting at Jesus’ feet:

13 That same day Jesus went out of the house and sat beside the sea. 2 And great crowds gathered about him, so that he got into a boat and sat down. And the whole crowd stood on the beach. 3 And he told them many things in parables, saying: “A sower went out to sow. 4 And as he sowed, some seeds fell along the path, and the birds came and devoured them. 5 Other seeds fell on rocky ground, where they did not have much soil, and immediately they sprang up, since they had no depth of soil, 6 but when the sun rose they were scorched. And since they had no root, they withered away. 7 Other seeds fell among thorns, and the thorns grew up and choked them. 8 Other seeds fell on good soil and produced grain, some a hundredfold, some sixty, some thirty. 9 He who has ears, let him hear” (Matthew 13:1-9).

That’s a pretty popular parable, isn’t it? One of the nicest features of it is that soon after sharing it He also explained its meaning:

As Jesus walk us through His effective metaphor, we see it culminate in a harvest of fruit from those who “[hear] the word and [understand] it”…”in one case a hundredfold, in another sixty, and another thirty.” The parable also gives fair warning that not all the harvests are successful. Some of us:

I think we can all pray that we aren’t in one of those three categories…and instead “hear the word and understand it.” It should be noted that if you aren’t bearing fruit every indication there is something wrong with your soil…

I’ve promised myself I was going to keep this talk a bit shorter than my usual sermons…so I’ll wrap up discussing the biblical use of harvest that most stands out to me. Let’s take a look at John 4:31-38:

31 Meanwhile the disciples were urging him, saying, “Rabbi, eat.” 32 But he said to them, “I have food to eat that you do not know about.” 33 So the disciples said to one another, “Has anyone brought him something to eat?” 34 Jesus said to them, “My food is to do the will of him who sent me and to accomplish his work. 35 Do you not say, ‘There are yet four months, then comes the harvest’? Look, I tell you, lift up your eyes, and see that the fields are white for harvest. 36 Already the one who reaps is receiving wages and gathering fruit for eternal life, so that sower and reaper may rejoice together. 37 For here the saying holds true, ‘One sows and another reaps.’ 38 I sent you to reap that for which you did not labor. Others have labored, and you have entered into their labor.”

Back in Jesus day…and in our day…”the fields are white for harvest.” My favorite use of harvest as a word picture is the harvest of souls (something in view in the parable of the sower of seeds too). What’s kind of neat about this specific case is that Jesus is referring to non-Jews…Samaritans who would believe based on the testimony of an immoral woman…but one with a heart open to the Messiah.

Sadly, using harvest in a salvation context isn’t always entirely good news. John the Baptist isn’t alone discussion how the harvest of the saved is, at the same time, the occasion to separate the wheat from the chaff:

11 “I baptize you with water for repentance, but he who is coming after me is mightier than I, whose sandals I am not worthy to carry. He will baptize you with the Holy Spirit and fire. 12 His winnowing fork is in his hand, and he will clear his threshing floor and gather his wheat into the barn, but the chaff he will burn with unquenchable fire” (Matthew 3:11-12).

I didn’t include it in my sermon because the parable and its explanation are so long…but Jesus gets a bit more specific about how the weeds are allowed to grow with the wheat “until the harvest” “lest in gathering the weeds you root up the wheat” (Matthew 13:29-30).

However, perhaps the most important use of harvest as a metaphor is aimed toward us…an implicit command to the wheat:

35 And Jesus went throughout all the cities and villages, teaching in their synagogues and proclaiming the gospel of the kingdom and healing every disease and every affliction. 36 When he saw the crowds, he had compassion for them, because they were harassed and helpless, like sheep without a shepherd. 37 Then he said to his disciples, “The harvest is plentiful, but the laborers are few; 38 therefore pray earnestly to the Lord of the harvest to send out laborers into his harvest” (Matthew 9:35-38).

Do you feel the same compassion as Jesus did? Do you pray “earnestly” God send more people out to harvest the saved?

Who do you think the laborers are supposed to be? Let’s wrap up getting the answerer:

18 And Jesus came and said to them, “All authority in heaven and on earth has been given to me. 19 Go therefore and make disciples of all nations, baptizing them in the name of the Father and of the Son and of the Holy Spirit, 20 teaching them to observe all that I have commanded you. And behold, I am with you always, to the end of the age” (Matthew 28:18-20).

That’s right…you…every one of you who the Lord has saved…you are the laborers that others have prayed earnestly for. God calls wheat to harvest wheat.

Will you accept the call?

Two final questions. Knowing the fields are white…and that you have been called to help gather the wheat…how should you view everyone who will come into our wonderful town next year for the Home & Harvest Festival? Should it just be a celebration to us?